It’s good to talk, but is mediation the future for housing possession cases? 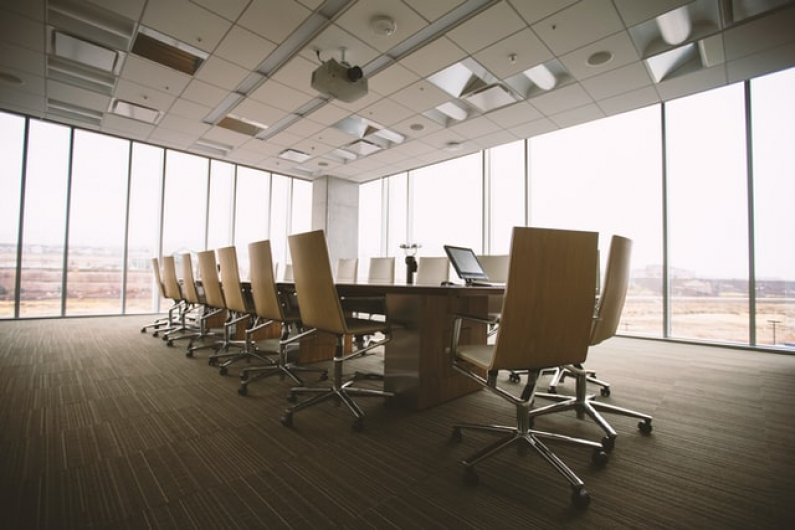 Professor Lisa Whitehouse draws on the views of those on the frontline of eviction cases to assess the appropriateness of mediation in housing possession cases.

The views contained in this article were gathered as part of an ESRC funded project Assessing the court system's response to the COVID-19 pandemic in housing possession cases in England and Wales. The full report is available now. It includes comments from stakeholders about the success of the Rental Mediation Service pilot.

A lack of tenant engagement has been a feature of the arrears and eviction process for decades. The aim of encouraging landlords and tenants to communicate with each other in an attempt to avoid eviction is therefore a laudable one.

The trend towards the increased use of non-adjudicatory means of resolving disputes within the civil justice system has been evident since the 1990s. Recent momentum has been driven by the current Master of the Rolls who has suggested that ‘alternative dispute resolution’, including mediation, should no longer be viewed as an ‘alternative’ but rather as an integral part of the system.

Is mediation appropriate in eviction cases?

While there is evidence that mediation can prove more effective than adjudicatory forms of dispute resolution in resolving disputes into the long term, the question arises as: is mediation is appropriate in all cases and, in particular, in all types of housing possession cases?

158 participants took part in the surveys for the purposes of this research. The participants were a mix of housing court duty advisers, debt advisers, landlords, landlords' representatives, and occupiers. The responses were:

These responses were supplemented by comments suggesting that mediation could be appropriate in cases involving anti-social behaviour or rent arrears cases where the occupier’s ability to explain their behaviour to the landlord might assist in avoiding eviction.

Some participants said that mediation might be used in areas not already covered by legal advice and representation, such as cases where the occupier is not eligible for legal aid or has no defence to possession. There was a mixed response to cases involving mandatory or no-fault grounds for eviction, such as Ground 8 under the Housing Act 1988 or following a section 21 notice. Here, some respondents felt that mediation was of little use while others viewed it as an opportunity to delay the eviction for at least a short time.

"Mediation is important for clients who have no defence to possession in court (properly brought section 21 and ground 8 and also mortgage cases)."

"Where a client does not have a good case but just needs time to get out of the house, then we can refer to mediation."

Some respondents said that existing procedures already accommodated opportunities for communication and negotiation.

"Social landlords will not benefit from mediation - they can negotiate effectively without the need for mediation."

"Adds an extra layer. District judges are perfectly capable of dealing with those matters."

Of those who did not consider mediation to be appropriate in any possession cases, 55% were private landlords. The most common view expressed by private landlords was that mediation is an unnecessary and unwelcome delay to cases where rent arrears are already substantial.

"Why should I need to negotiate with someone who's refused to pay me for 6-12 months?"

"This is just another tool to give [tenants] more time to not pay rent, and arrears are then mounting up even more."

As part of the drive towards the increased use of Alternative Dispute Resolution, the Rental Mediation Service (RMS) was introduced in February 2021. This was a pilot scheme designed to encourage landlords and tenants to resolve disputes without the need for a court hearing. It ran for nine months, coming to an end on 31 October 2021.

The scheme relied on duty advisers to refer cases that they thought were suitable for mediation. In addition to the myriad tasks already undertaken by the under-resourced legal aid sector, duty advisers were expected to approach the claimant and defendant to explain the mediation process and to ask whether they were willing to take part.

This additional unpaid work was described by some duty advisers, with what may be described as a degree of restraint, as ‘extremely unwelcome’. Once the referral was made, the process was then administered by Her Majesty’s Courts and Tribunals Service and the Society of Mediators, with mediation taking place over the telephone. A ‘successful’ mediation meant that a court hearing would be unnecessary.

Assessing the effectiveness of the Rental Mediation Service

Given the importance of eviction cases, it is crucial that the RMS pilot scheme is assessed in some detail and lessons learned from it. We await an evaluation of the success of the scheme by the Ministry of Justice (MoJ) and the Department for Levelling Up, Housing and Communities (DLUHC),

The small amount of evidence that is starting to emerge suggests that the RMS was not as successful as might have been hoped. The Bureau of Investigative Journalism for example found that ‘only eight mediations had been held from February to June, in which time roughly £130,000 (excluding VAT) was spent predominantly on set-up costs… Less than half of all sessions run in the first six months of the pilot resulted in any kind of settlement.’

These findings are consistent with the data arising from the surveys conducted as part of this project. 30 out of 35 duty advisers indicated that they had not referred a single case to the RMS. Overall, a majority of respondents (89%) had no knowledge of or had not been involved in a case that had been referred under the scheme. 53 out of 57 landlords had no experience of the RMS. Of the four that did, three of them had refused the offer of mediation.

"Because what is owed is owed."

"It's just another delay, the only outcome I could see was the landlord agreeing to write off arrears, i.e. rent to which they are fully entitled."

Suggestions from the frontline

Suggested revisions to the RMS came mainly from duty advisers who thought that the scheme would be improved by the integration of legal advice (for the defendant in particular) or the use of mediators with knowledge of housing law.

These suggestions appear to derive from the concern that occupiers with little knowledge of complex housing law and who are not represented at mediation may agree to outcomes that may not be in their best interests. For example, tenants may feel that the way to avoid a possession hearing is to make unrealistic offers regarding the repayment of rent arrears.

Lessons from the scheme

The RMS received what might best be described as a lukewarm welcome. Critics of the scheme appear fearful that it is driven by an agenda intended to reduce the cost of legal aid and would serve only to exacerbate the existing imbalance in the power relationship between the claimant and defendant.

Perhaps most significantly, evidence suggests that the RMS has not proven effective in reducing the burden on the courts. The number of cases referred to the scheme has been small and the one crucial element needed, the consent of the parties, appears to be lacking, particularly from private landlords.

It is perhaps not surprising that the RMS, a scheme introduced in haste during a global pandemic, has failed to achieve the aim of resolving housing disputes without the need for court intervention. However, it remains important that lessons are learned from its introduction and operation. The hope is that the MoJ and DLUHC will take note of the findings of this and other research highlighting the concerns of those who work closely with both tenants and landlords.

The future of mediation in housing cases

Overall, the consensus appears to be that some but not all housing cases might be suitable for mediation. In line with the views expressed by those who responded to this project’s online surveys, both JUSTICE and the Law Commission have noted that mediation might be suitable in some cases, particularly those that involve long term housing relationships intended to continue beyond the resolution of the dispute.

For cases that involve loss of home, adjudication appears to be the preferred approach, as the Civil Justice Council makes clear, ‘we believe that in respect of cases which have a serious effect upon the wellbeing of the individual – and few cases can have greater significance than those which may result in a person’s eviction from his or her home – the authority of a court is required to sanction a possession order or provide an appropriate remedy'.

Lisa Whitehouse is Professor of Property Law, Policy and Practice at the University of Southampton.

The debt adviser survey ran from 15 June to 31 July 2021 and initiated 43 responses from debt advisers located in England and Wales.

The duty adviser survey ran from 16 June and 31 July 2021 and initiated 35 responses from duty advisers all of whom were based in England.

The legal practitioner survey ran from 14 July to 15 August 2021 and initiated 27 responses from legal practitioners located in England and Wales. Of those, 20 dealt with private landlords, five with public landlords and two with mortgage lenders.

The occupier survey ran from 11 August to 14 November 2021 and initiated 15 responses. 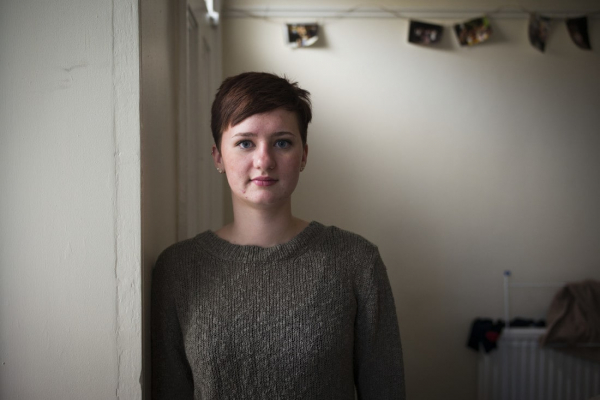 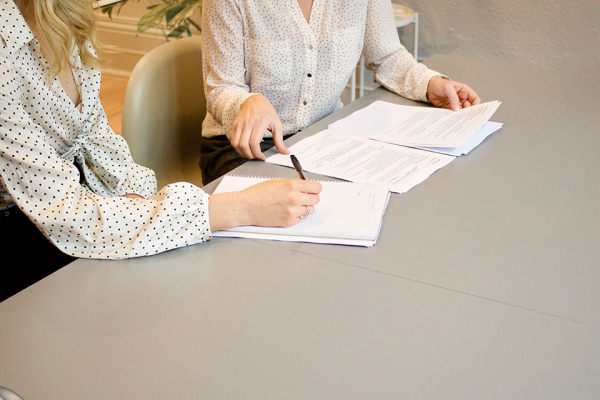 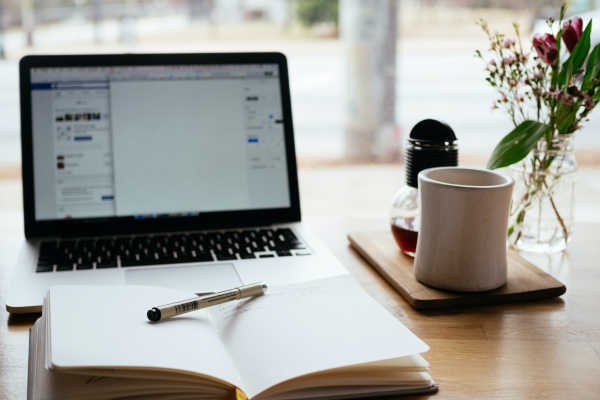 Round up of legislation, case law, guidance and news: December 2021